New York State is home to unique scaffolding laws that can play a significant role in local workers’ compensation claims. These laws draw both praise and criticism, and their overall effectiveness is often up for debate. Nevertheless, it’s important to understand the laws if they happen to factor into your legal case.

Section 240 of the New York Labor Law puts liability on owners and general contractors for gravity-related injuries that workers might suffer while working on-site. For example, if a worker takes a fall from scaffolding, that worker can file a workers’ compensation claim against the property owner. The same holds true if an object such as a toolbox or paint can falls from scaffolding and injures a worker.

Supporters of this law claim it gives incentive to site owners and project managers to spend more time ensuring the workspace is safe for workers. In their view, owners and managers should be held responsible for unsafe work conditions, and the fines associated with OSHA violations often don’t go far enough.

However, critics suggest the law greatly increases the insurance costs of construction projects in the state and limits competitiveness and available choices in the insurance market. They also argue the law doesn’t actually make workers safer.

What This Means For You

Regardless of the current debate surrounding the law, if you were injured in a scaffolding accident at work, the law itself can play a role in your workers’ compensation claim. It opens up the possibility of you filing a claim against a third party, and while doing so, you should expect some legal opposition. Count on a workers’ compensation lawyer to help you understand the ins and outs of New York’s unique scaffold laws and recover your loss wages and medical expenses. 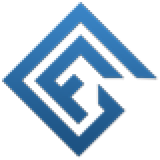